Golden Retriever Adopts an Orphan Kitten Rejected By Her Mother

When Ichimi the kitten was rejected by her mother, Ponzu the golden retriever and his owner Jessiepon took her in and have begun nursing her back to full health. Ichimi has taken very well to her guardian Ponzu – the two play together all the time, and Ponzu even cleans and sleeps together with Ichimi. Judging by the pictures on Jessiepon’s Instagram account, Ichimi is growing stronger by the day. [Read more…]

Ichimi has provided Ponzu a much-needed respite from his heartbreak after Wasabi, a kitten that Ponzu and Jessiepon rescued from a crow attack, died in August. Now, Ponzu has a new kitten to care for.

Believe it or not, but inter-species animal friendships, especially with paternal relationships like in this case, aren’t very rare at all. A post we published recently about beautiful animal friendships shows us that animals of all colors shapes and sizes can get along just fine – a lesson that we’d do well to learn also!

Ichimi was found after her mother rejected her 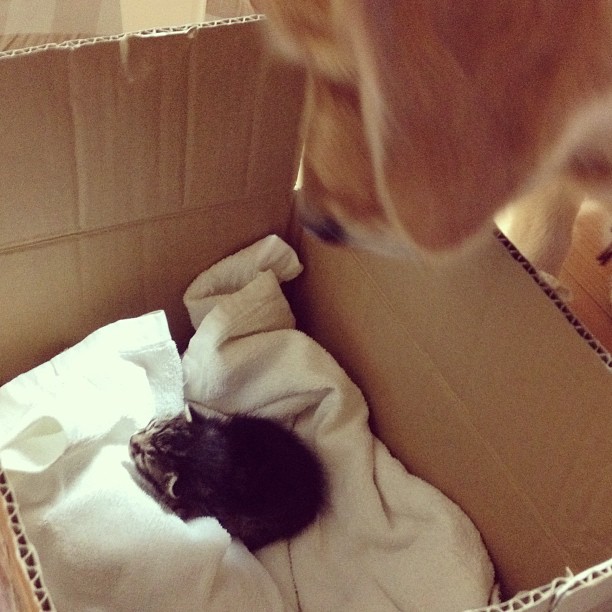 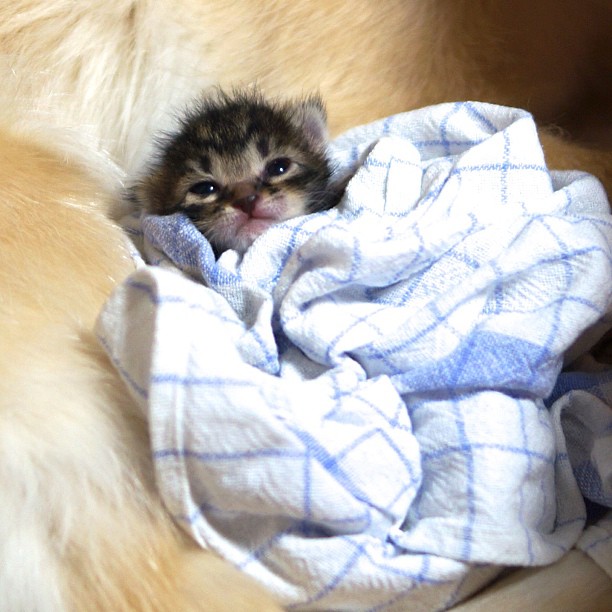 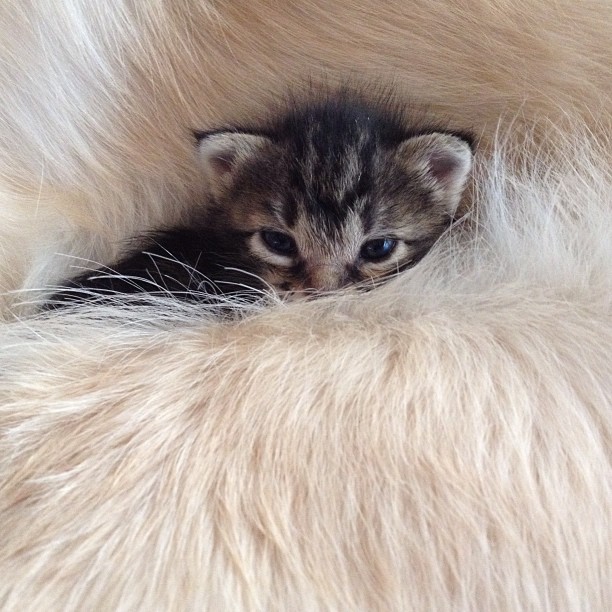 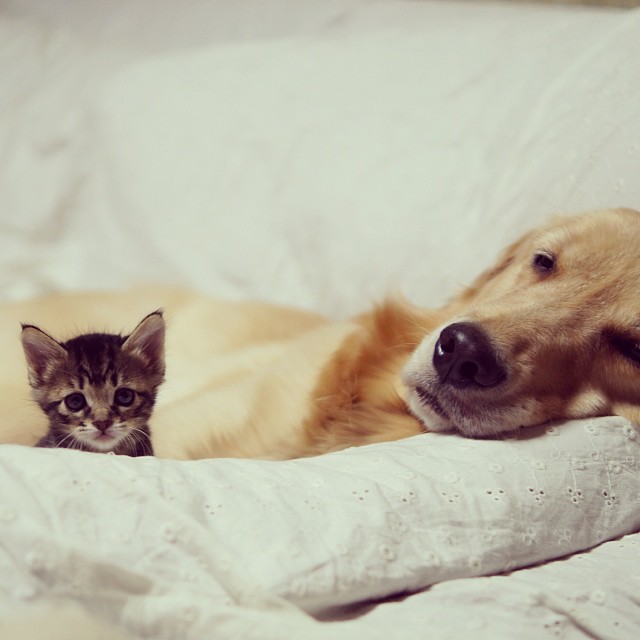 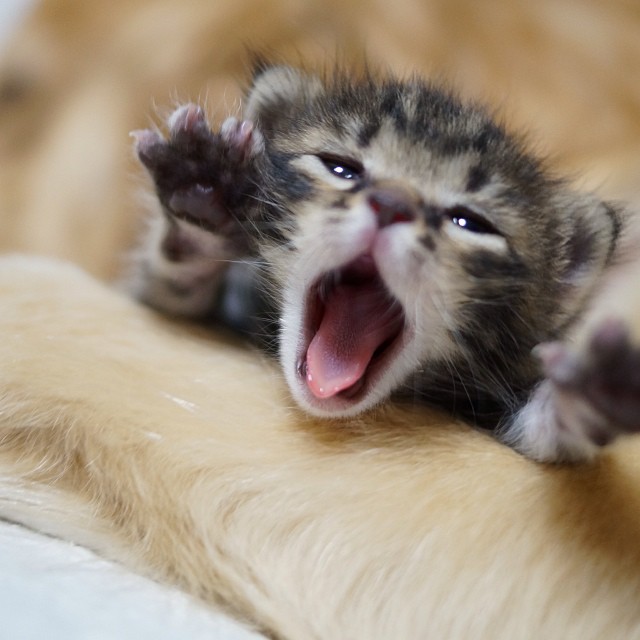 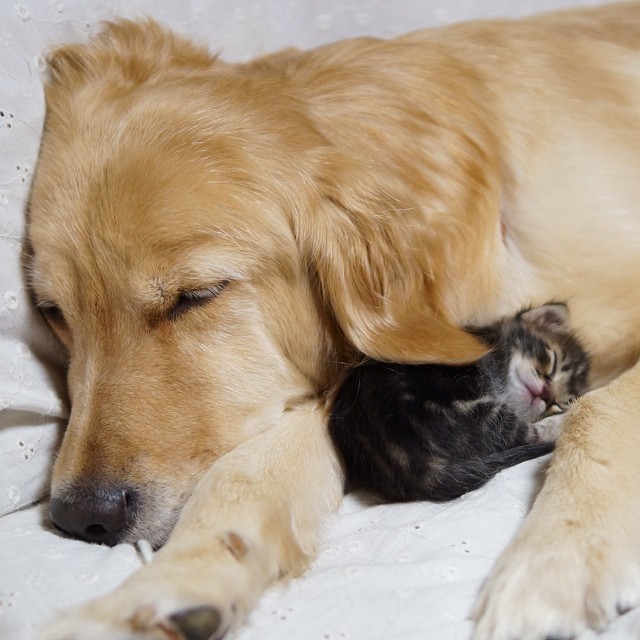 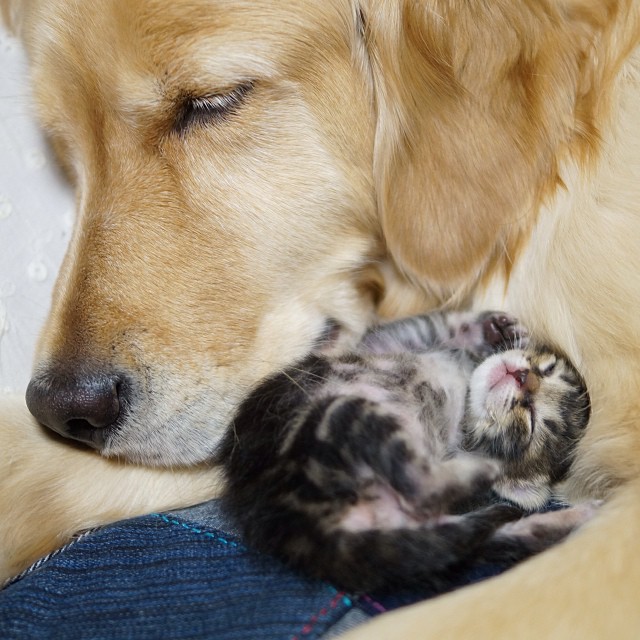 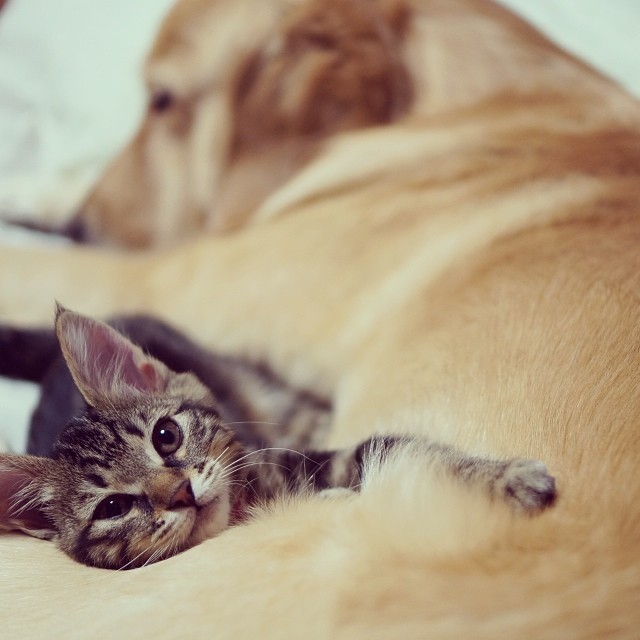 The two pals even celebrated the holiday season together 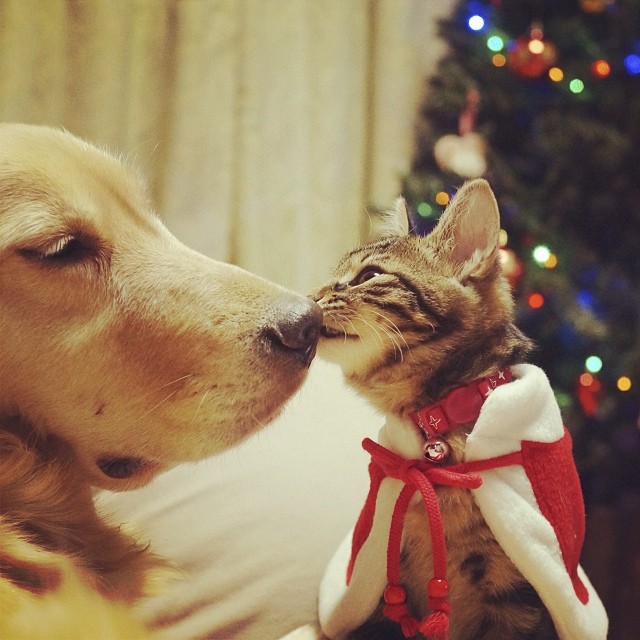 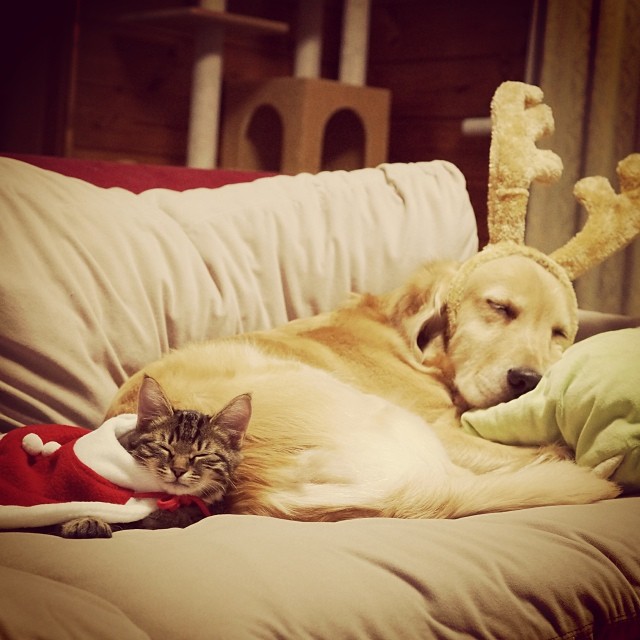 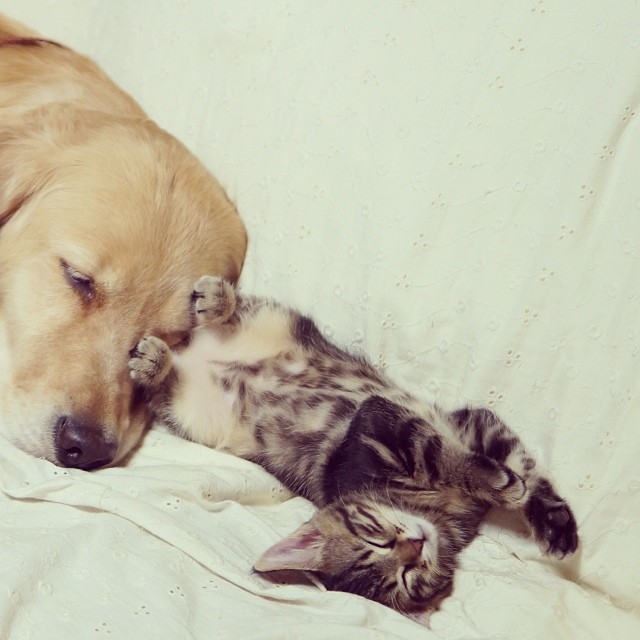 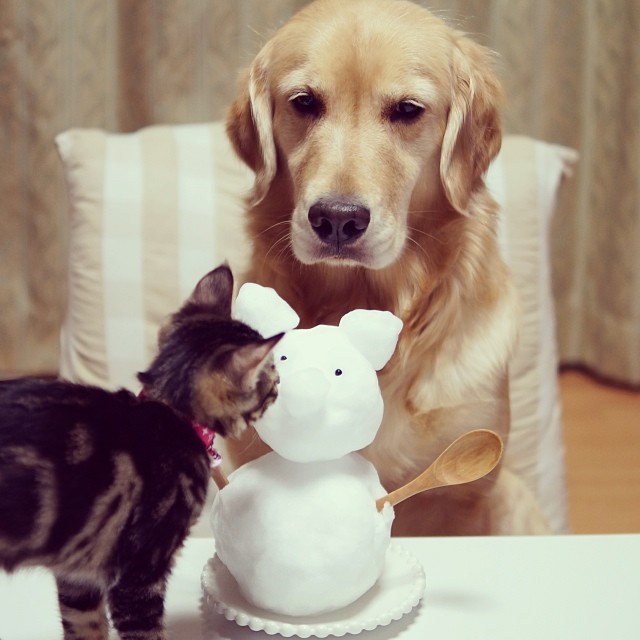 Ponzu once took care of a kitty after a crow attack, but she died. Now, Ichimi is helping him heal 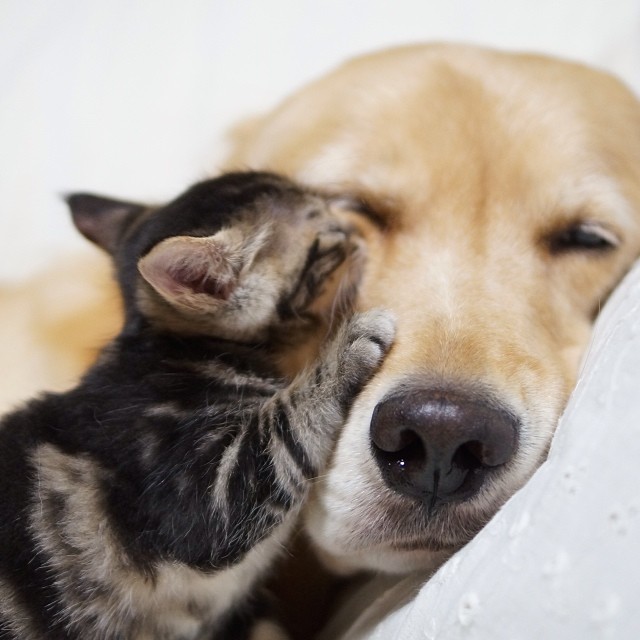 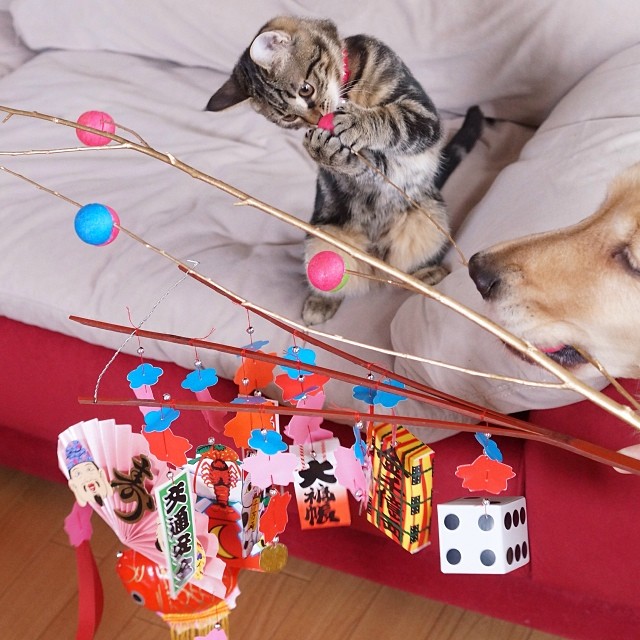 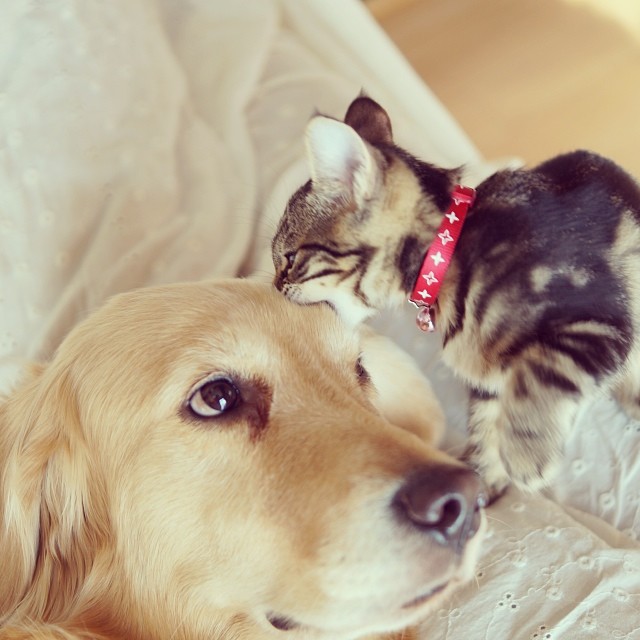 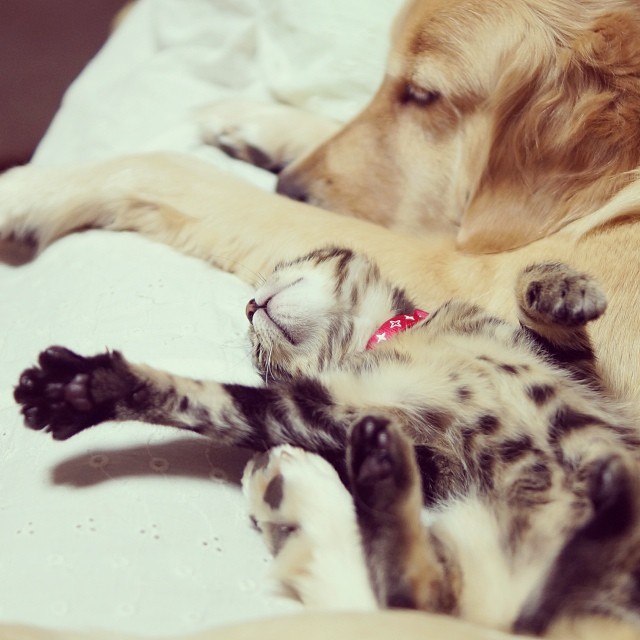 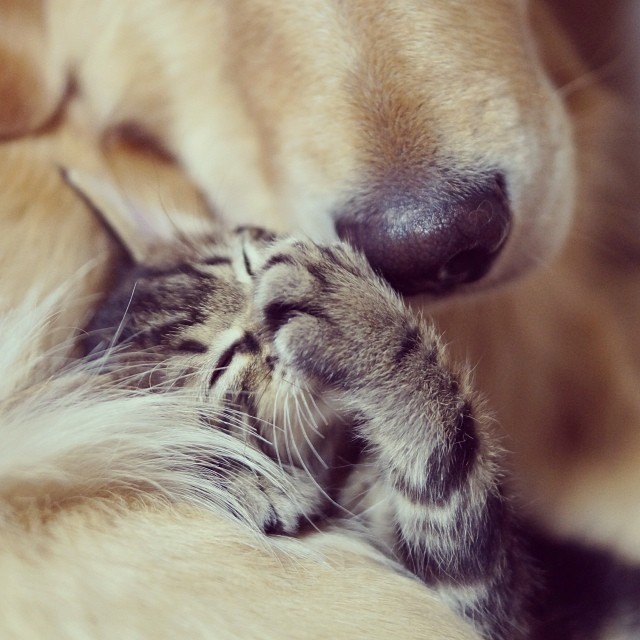 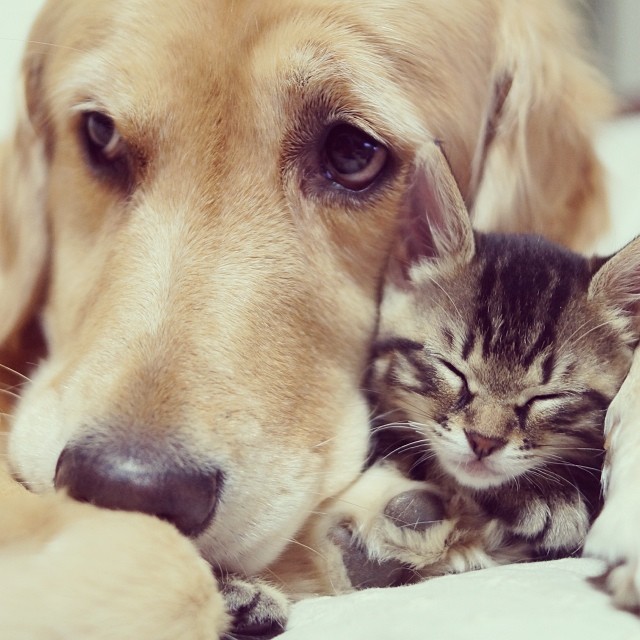